Trang Tales of the Sea

We all know cramming isn't a good idea - but you see, even in breaks we still unconsciously attempt to multi-task.

After a week's work, we decided it was time to pat our backs and give ourselves a good clean break. We were privileged to have "strategic" choices from where we were. The quote emphasizes what happens when you spend long hours pouring over organizational strategy stuff that is perceived to make the world a better place - but leaves me wondering why it makes many strategists lives boring (just a few perhaps, and many of them my friends). An obvious irony.

Let's drop the topic off the highway before it gets in to our frayed nerves.

So, we were in Trang, in the midst of its rubber tree plantations. For those who know Thailand well, this place is familiar. For some Filipinos, this is best remembered as the place where celebrities Cesar Montano and Sunshine Cruz got married in a much-hyped underwater wedding. Trang is the least-known southern cousin of Phuket, Krabi and Phang Nga. Always the poor second or third fiddle. But for those who wants a real break with less tourist traffic, they know they can count on Trang.

I was not avoiding that foot traffic. I was in Trang for work but rejoiced there was a weekend break. Counting the hours we logged on discussions, field work and analysis, the three of us (I was with two wonderfully cheerful Canadians) were able to convince ourselves we deserve the break. Of course, we do! Do we? Although work still comes up languidly during breakfasts and lunches and dinners, at least there was a semblance of a holiday. Sun. Sea. Boats. Friendly smiles. Seafood. A book to read (I ended up finishing The Dancer from Kiva from the resort library). Thoughts to collect (overflowing I reached for a notebook). Loved ones missed. How difficult it is to separate a holiday from work without feeling the guilt of not working? I just did a 3-paragraph rationale here. 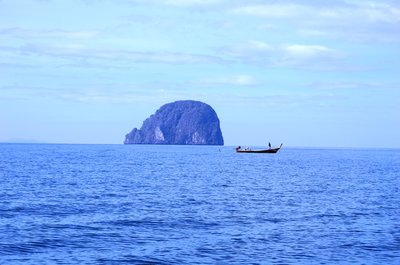 The vast expanse of Andaman Sea

Back to Trang! Taking the boat in Pak Meng Pier to Koh Ngai Resort gave me a feeling that leaving my hotel room in town was a bad idea. Tourists haggled and argued. The voices were a bewildering mix of Asian and European languages perfectly mingling with different out-of-bed smells heightened by the early-morning sun. The sun was brightly up with a vengeance encouraging foul moods and irritants big and small. We can hardly decipher what was going on so we left our entire future in the hands of our tour guide. After earning some wrinkles worrying if we indeed did the right thing of going - we got into a boat along with 15-something excited tourists. Off we went to our dream holiday.

The boat stopped at Emerald Cave, a famous tour destination. It was an awesome stone mountain jutting from the sea. How it got there is another long story that will be best explained in your reliable Lonely Planet guide. But what really got me interested was the string of tourists being taken into the cave for a brief sightseeing and later, snorkeling. I was told it was amazing inside but I do not know how to swim so I decided not to risk my life in exchange for a one-minute breathless experience. Besides, I need to write that report the next Monday 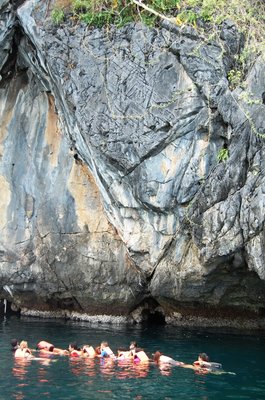 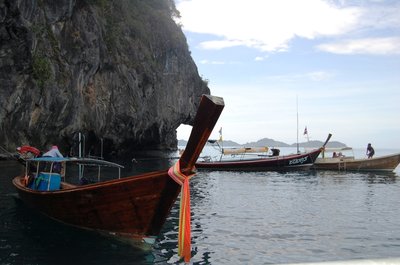 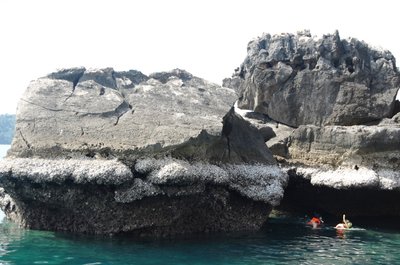 Koh Ngai was an island on its own. After struggling for a jump from the boat to the small resort wharf, relief came that going was indeed worth it. Sunset was such a sight you do not want to close your eyes as the sun goes down under the sea (well, so it seems). There were few guests as we came on a January. We spent the afternoon catching-up with lost sleep (from a week of trying to save the world and getting nowhere) and went out for a refreshing walk at dusk. Oh, yeah, we did not forget the massage. It was right there ticked in the priority list. The spa was lovely. The massage heavenly - complete with a nice feet wash and a bit of a nap in the process. 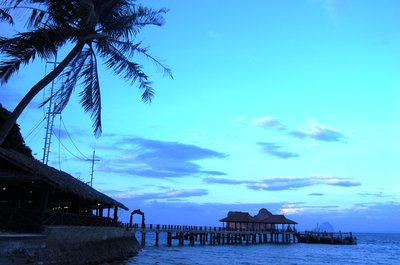 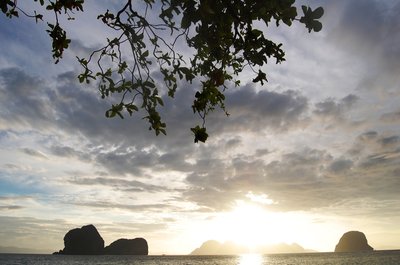 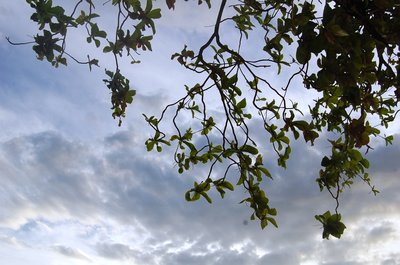 The old chairs at the spa reminded me of my grandma's stories of princes and witches and talking turtles (I know it sounds so ancient against Twilights and Harry Potters). Can I just add? I think I became an intrepid storyteller because of her and those late-night storytelling sessions. There goes the age-old secret. 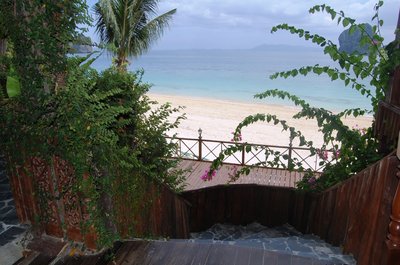 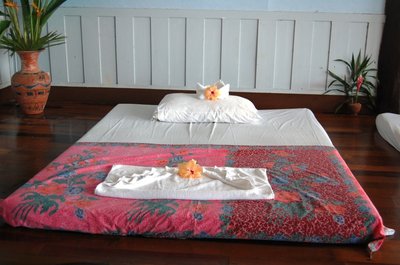 The massage bed in a Koh Ngai spa

Getting up early for a dip was not a best-laid plan. Millions of jellyfishes share the same idea. So crowded there was no place for even one human being desperate for a private swim. I am glad I took my reliable old Nikon with me. I spent the morning instead watching the sun go up as I clicked and mused. The view from sun-up to sun-down from the resort was too beautiful to describe. Absolutely stunning. It is best experienced than put into words. At least I tried or else this blog won't be possible. 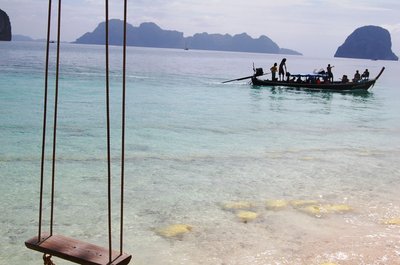 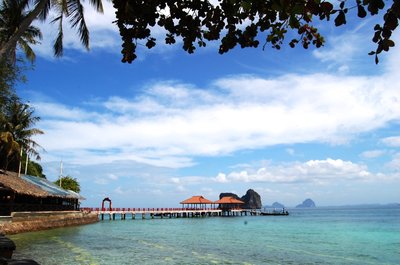 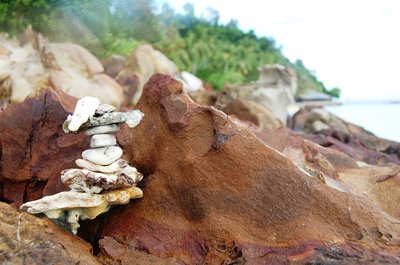 Some good things must end, holidays included. As I packed my few things, a lot of things I forgot to do in the beach came up. How I wished I walked longer and briskier, slept more, spent more time taking pictures, finished two books, made more friends and ate more fruits. But I guess, that will need at least a month in Koh Ngai. We all know cramming isn't a good idea - but you see, even in breaks we still unconsciously attempt to multi-task. Our feet was heavy walking to the boat that will take us back to reality. In the end, we decided the two-day trip was wonderful. Now, let me get my laptop and get that report moving. 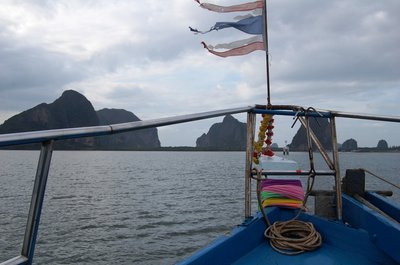 Ferry boat back to Trang town 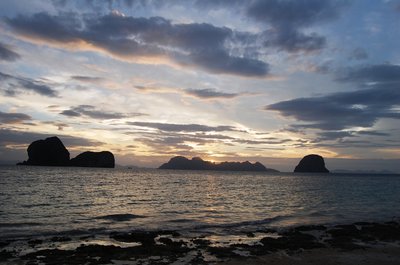