Johannesburg and my journey in Mandela's land

Landing in South Africa at dusk gives you that exhilarating yet sentimental feeling of being privileged but would also bring you sad thoughts of goodbyes. 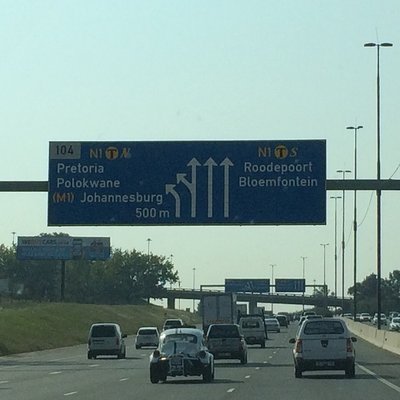 I have traveled in other amazing African countries but last March 2016 was my first time to get to Johannesburg, South Africa's biggest city and it's main gateway to the rest of the world. Compared to other premier cities, I am enchanted by the wide open spaces that is hardly filled by its closely 5 million population. Yeah, compared to Manila's estimated 12 million, this has a large room for people to move around. One thing not to confuse with: South Africa is a country that is part of the Southern African region covering 15 countries (Angola, Botswana, Congo, Lesotho, Mauritius, Malawi, Madagascar, Seychelles, Namibia, Mozambique, Tanzania, Zambia, Zimbabwe, Swaziland and South Africa). Pretoria is its administrative capital (population: 690,000) while Johannesburg earns the tag as its biggest city with population close to 5 million. Of course you know that it's top tourist destination is Cape Town. 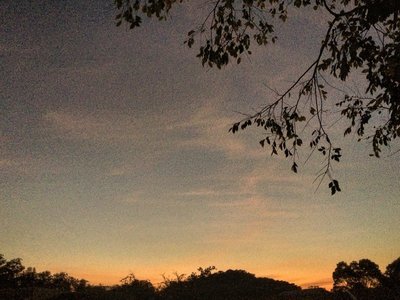 After an emotionally packed humanitarian work in the displaced camps of the Kurdistan Region of Iraq, the slowly fading sunset I watched from the car provided a perfect backdrop while pondering on the new journey ahead of me. How can sunsets be so dramatic anywhere in Africa? With a few backdrops of acacia trees at winter time, they're stunning! Traffic was heavy but at least moving - the city lights were awesome, almost welcoming. The challenge and privilege of doing the new assignment ahead of me felt daunting but what cannot be done by hard work and good intentions? 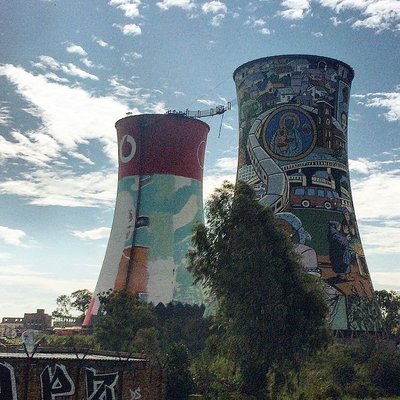 Taking advantage of the weekend breaks, first explorer's stop was the Soweto township, the Mandela Museum and Constitution Hill with MoAfrika Tours. All I did was email and they've quickly provided the schedule. Their tour service, which also included a ride-up the 30-storey building to see the sprawling city from the top, was prompt and well-planned, I joined 10-other tourists covering the city in one day. The prison stories in Constitution Hill, where apartheid detainees were held in appalling circumstances, was difficult to listen to - it is looking at the accounts you read in many books during the period. Mandela's struggle is right next in your face as the guide relives the era with passion. I just wonder what does that do to him emotionally? 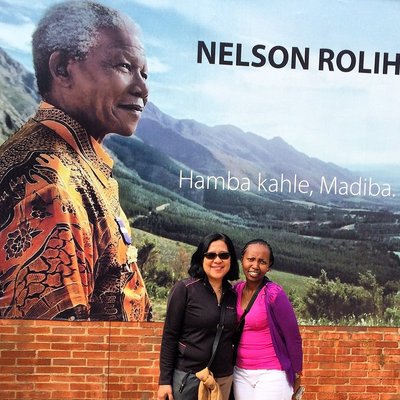 If I can, I always take a day-tour in any city I go to so I get familiar with the sights and sounds before I go explore it myself. It helps me absorb the vibes and atmosphere. With the cold winter breeze blowing on a sunny day, I did exactly this finding a new Kenyan friend Caroline, a future lawyer, in the process. Together we walked through quietly and sadly at the Mandela Museum listening to our guide's account of the apartheid and a tumultuous history I just read in the books. I was feeling drained but it was a good walk through history.